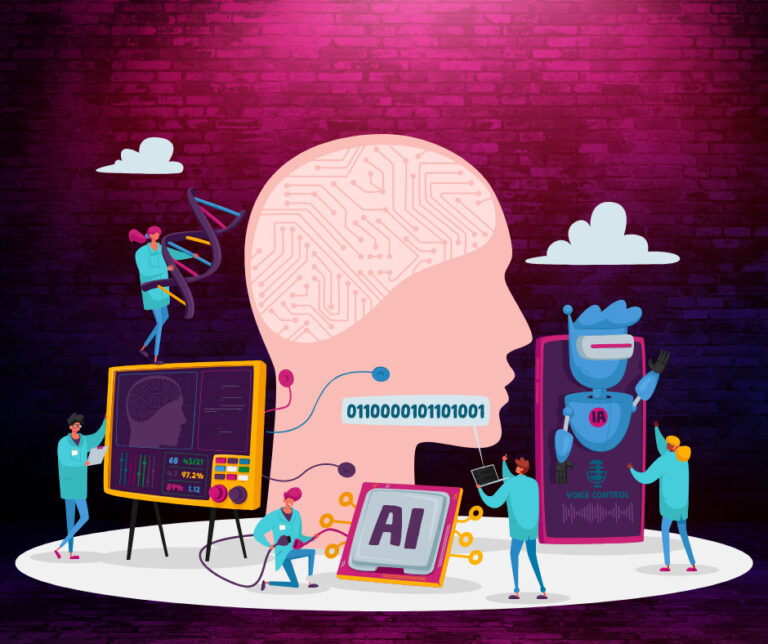 Is AI going to take your job? Will the Future of Work be like this?

PrevPreviousAs technology changes, so does the Marketing world. Is it time to automate?
NextHow Automation Improves the Lives of Data Analysts and Scientists in Marketing?Next

An artificial intelligence takeover has been looming in the horizon ever since the technology was first conceptualized, and each new advancement brings us closer to that scary reality. Artificial intelligence has made tremendous strides in recent years, and many people are worried that AI will replace humans in the workplace, robbing us of our jobs. While this has certainly proven true in many areas — from personal assistants on our phones to self-driving cars that roam the streets without drivers — AI has yet to replace human workers in nearly every industry.

Even if you don’t work with technology or even think about it on a daily basis, this guide can help you learn how to protect your job against the ever-present threat of AI taking over the workplace.

What is artificial intelligence?

In a nutshell, artificial intelligence is machines that can mimic human thinking. When you hear people talk about how AI is going to take over their jobs, they’re referring to how robots are beginning to do a lot of work that used to be done by people. And it’s not just blue-collar workers who will lose out; office jobs will also suffer as automated processes make all kinds of work easier and more efficient. If a machine can listen to your voicemail messages faster and better than you can, what happens when they replace customer service staff members? As one Forbes writer put it, “It doesn’t matter if you’re an astronaut or a barista—your job could be next.”

But is it really that bad? Are we really headed for a future where automation will wipe out millions of jobs, leaving us without employment opportunities? Or are we on our way to a new era where technology frees us from menial labor so we can focus on things like art and innovation instead?

According to some estimates, as many as 50% of all jobs will be replaced by computers within 20 years. But here’s what you need to know: artificial intelligence will only automate tasks; it won’t actually steal your job. In order for AI to take over a job, it needs to be able to perform three core functions of that role: original idea generation, problem solving (often with an element of creative thinking), and executing on ideas with discipline and focus in a way that is valuable to an organization or company. Only then can AI replace human labor.  For example, AI can beat humans at chess—but it cannot beat them at coming up with new chess strategies. For now, there are very few roles where machines are capable of performing these tasks without any help from humans. So don’t worry—AI isn’t going to put you out of work anytime soon.

As it stands right now, most entrepreneurs don’t have to worry about AI stealing their jobs—they have other things to focus on. However, that doesn’t mean that you shouldn’t pay attention to developments related to AI or stay up-to-date on trends that might affect your business further down the line.

So what should I do now?

Take a deep breath. Artificial intelligence has already changed a lot of industries. But even if you aren’t worried about your job being taken by an AI (yet), there’s no reason not to get ahead of it in your own career and make sure you’re ready for what comes next.

Here are five things that might help you be prepared for life with artificial intelligence.

It’s time for you—and everyone else—to start thinking seriously about how we can all adapt and thrive in a world where computers can do just about everything better than humans can. It might sound like science fiction now, but if you work hard and keep learning new skills throughout your career, you’ll have no problem adapting when robots come for your job.

Are you interested in data analysis? Do you want to know if your website may cooperate with our sexy AI algorithm that shows its best insights? Sign up for Clickvoyant today and receive your AI analysis in only 10 minutes!